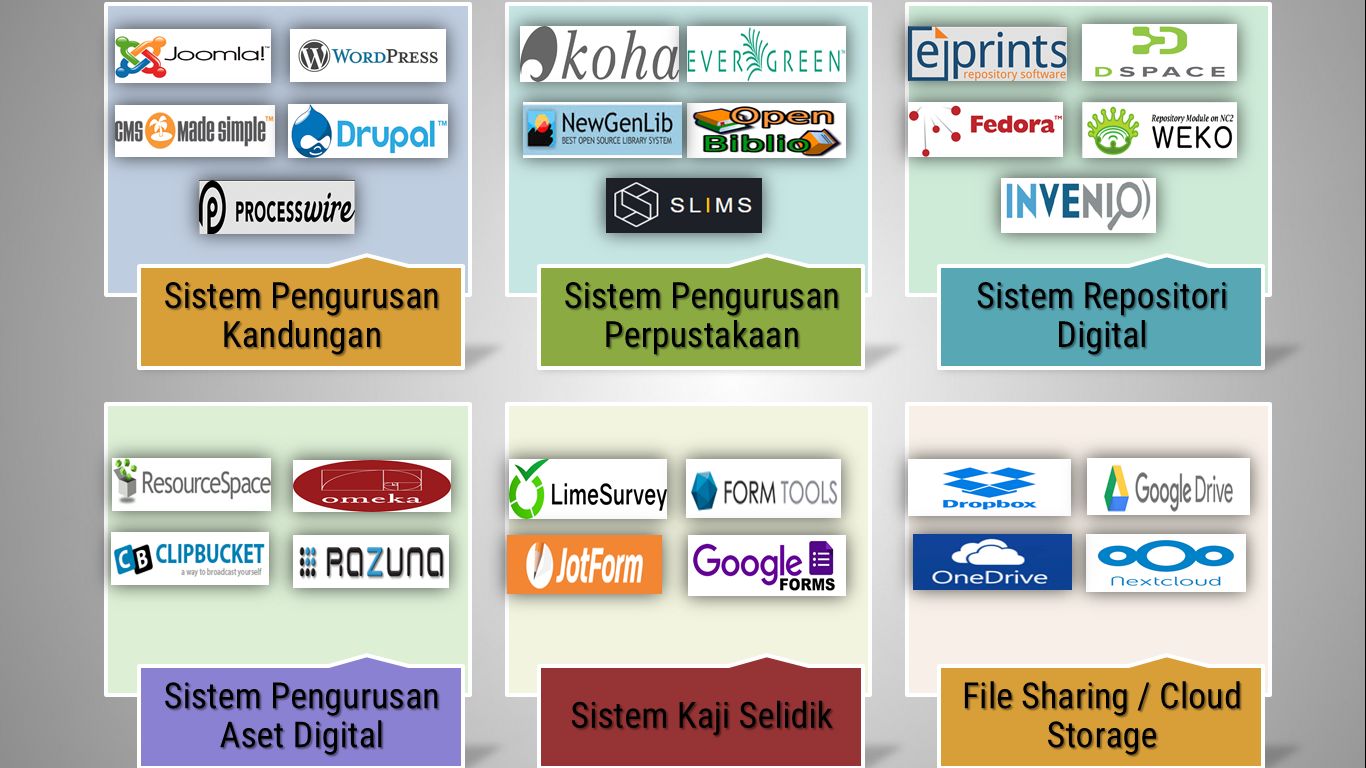 Later in 2010, the library used DSpace software to develop an AGRIS Portal as recommended by the Food and Agriculture Organization (FAO).

In 2013, the Information Systems and Technology Division has developed a Memory@Serdang portal, using ResourceSpace software. Memory @ Serdang is an online gallery that keep a collections of photos stored in the Media, Archives and Conservation Division.

In addition, PSAS also developed several portals using WordPress and Joomla. All portals are developed and maintained by the system librarian. Some of the portals developed using WordPress such as; UPM Sage Portal, UPM InfoHub, UPM Data Bank, Read @ Uni and MyUniNet Portal.